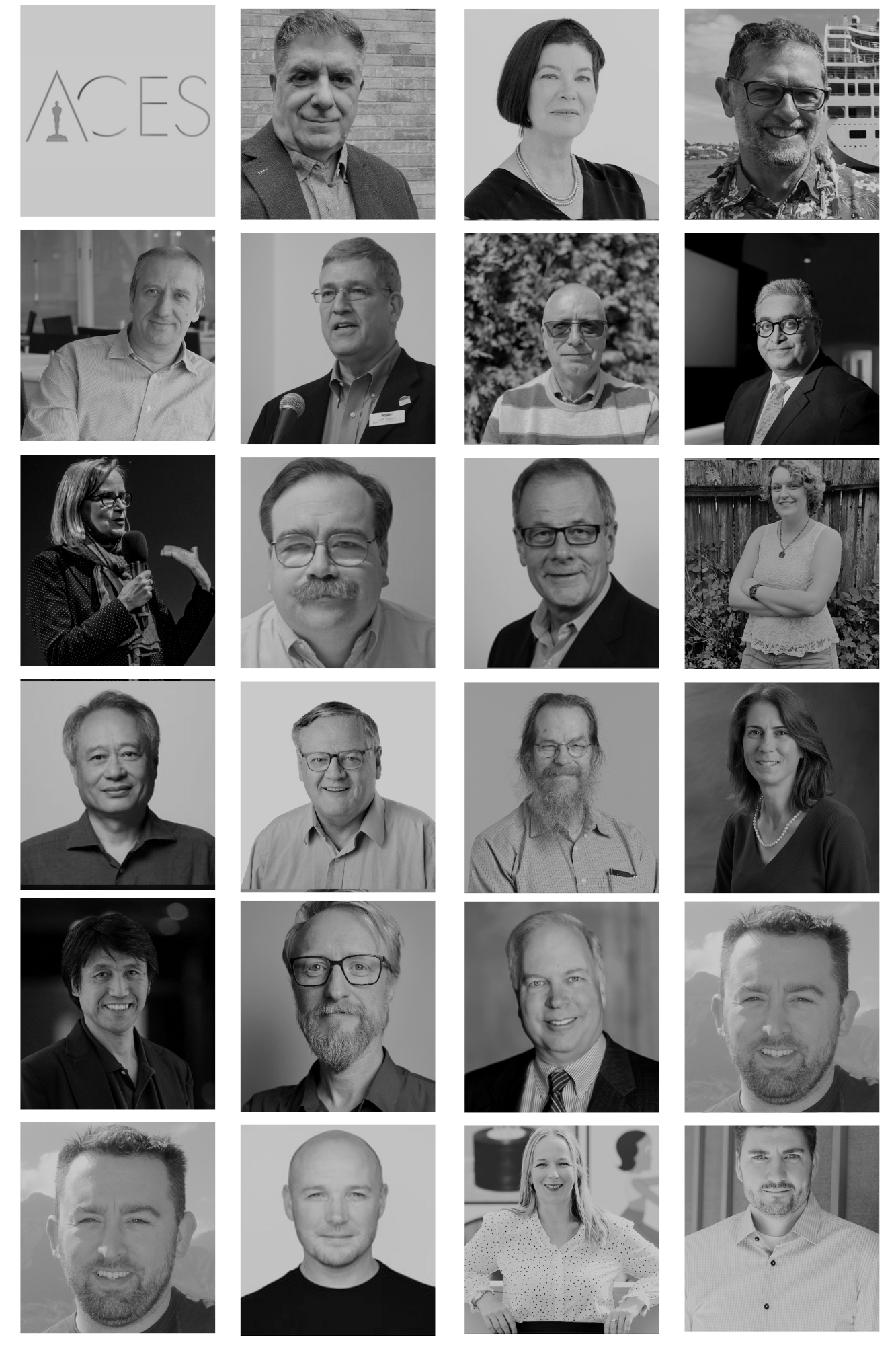 WHITE PLAINS, N.Y. — Sept. 20, 2022 — SMPTE®, the home of media professionals, technologists, and engineers, will honor industry luminaries and next-generation leaders at the SMPTE Awards Gala, which takes place during the SMPTE Media Technology Summit (The Summit), the Society’s first in-person conference since 2019. The Summit will wrap up with a gala and afterparty on Thursday, Oct. 27, back at its former venue — the Loews Hollywood Hotel in Hollywood, California. SMPTE Fellow elevations will be conferred at the SMPTE 2022 Fellows Luncheon on Tuesday, Oct. 25.

“I was drawn to SMPTE because of the importance of serving engineers, scientists, and artists — the people who make things happen without getting much recognition,” said David Grindle, SMPTE’s executive director. “Bringing their achievements to the forefront through our awards program gives them the recognition they so deeply deserve. I look forward to meeting many of them in person at this year’s Gala.”

This year’s Gala will be hosted by 2021 Louis F. Wolf Jr. Memorial Scholarship Award recipient, musician, producer, and educational television host Monica Brighton. Brighton has a strong passion for technology, children’s media, and education. She is currently the host and producer of “That TVOkids Show” on TVOKids, as well as host of “Backyard Beats,” an award-winning educational music series.

This year, 17 honors will be bestowed upon 38 individuals and organizations. Among these is the supreme accolade of the Society, Honorary Membership, which recognizes individuals who have performed eminent service in the advancement of engineering in motion pictures, television, or in the allied arts and sciences. This honor has been conferred on such industry luminaries as Thomas Edison, George Eastman, Samuel L. Warner, David Sarnoff, Walt Disney, Ray Dolby, George Lucas, Richard Edlund, James Cameron, and Peter Jackson. This year, Honorary Membership will be conferred on two individuals: Ang Lee and Charles H. Jablonski.

Ang Lee will be recognized for his extensive pioneering innovation in deployment of new technologies to enhance theatrical storytelling. In particular, Lee’s use of advanced technologies such as 3D and higher frame rates in the films “Life of Pi,” “Billy Lynn’s Long Halftime Walk,” and “Gemini Man,” exemplify his creative use of new technologies to effectively draw viewers further into the story and the characters’ emotional states.

Charles H. Jablonski will be recognized for his decades of pushing the state-of-the-art in entertainment production and distribution, as well as his service to the education and mentorship of young entertainment engineers. He has played key roles in establishing the use of new technologies at the Olympics, in transitioning television operations and transmission from analog to digital processes, and in working with start-ups to advance and enhance the quality of content for the consumer experience.

The Progress Medal is the Society’s most prestigious medal award. It was established in 1935 and recognizes outstanding technical contributions to the progress of engineering phases of the motion imaging industries. This year, the Society will recognize Touradj Ebrahimi for his leadership of the JPEG committee, as well as his recent work on exploring standardization opportunities in the areas of learning-based image coding (JPEG AI), NFTs, secure annotation of media modifications (Fake Media), and the use of DNA molecules for image storage.

The Samuel L. Warner Memorial Medal, established in 1946 and sponsored by Warner Bros., recognizes outstanding contributions in the design and development of new and improved methods and/or apparatus for motion picture sound. John Meyer, co-founder of Meyer Sound, will be presented with this award in recognition of his contributions to the design, measurement, and analysis of cinema speaker electronics for cinema mixing, review, and exhibition facilities.

Established in 1950 and sponsored by SRI International, the David Sarnoff Medal recognizes outstanding contributions to the development of new techniques or equipment that have improved the engineering phases of television technology. This year, Madeleine Noland will be honored for her significant contributions to the ongoing development and implementation of the ATSC 3.0 standard within the United States and internationally.

Sponsored this year by Technicolor Creative Studios, the Natalie M. and Herbert T. Kalmus Medal, which was established in 1955 and renamed in 2020, recognizes outstanding contributions that reflect a commitment to the highest standards of quality and innovation in motion picture post-production and distribution services. Patrick Renner will be honored this year for his vision, actualization, and continued refinement of on-set color management and color grading tools, as embodied in the Pomfort Livegrade software platform.

The James A. Lindner Archival Technology Medal, established in 2012 and sponsored by James A. Lindner, recognizes significant technical advancements or contributions related to the archive or preservation of media content essence. This year, the Society will honor Barbara Flueckiger for her outstanding research focused on the digitization and restoration of archival color films.

The Workflow Systems Medal, established in 2012 and sponsored by Leon D. Silverman, recognizes outstanding contributions related to the development and integration of workflows that enhance creativity, collaboration, efficiency or novel approaches to the production, post-production, or distribution process. This year, SMPTE will recognize the Academy of Motion Picture Arts and Sciences’ Science and Technology Council for the significant creative and technical impact of the Academy Color Encoding System (ACES), which enables consistent, high-quality color management across complex, collaborative, end-to-end workflows.

The Camera Origination and Imaging Medal, established in 2012, recognizes significant technical achievements related to invention or advances in imaging technology. Michael Cieslinski will be honored this year for his pioneering work in image and camera design, which has led to the development of a family of high dynamic range electronic cinematography cameras that have the ability to create images with the look of 35mm film.

The Digital Processing Medal, established in 2012, recognizes significant technical achievements related to the development of digital processing of content for motion picture, television, games, or other related media. The Society will recognize Didier LeGall — visionary, pioneer, and expert — in honor of his contributions to image and video compression.

Established in 2016 and sponsored by William C. Miller and Ellen Sontag-Miller, the Excellence in Education Medal recognizes outstanding contributions to new or unique educational programs that teach the technologies of the motion sciences, and those who advance the educational process through innovative and inspirational methods. This year, SMPTE honors Carrie Wootten for her outstanding efforts to promote and foster careers within the broadcast technology industry through her work with universities and accrediting bodies, and the establishment of the Rise Up Academy.

In addition to the medal awards, the Society will confer several other honors during the Awards Gala.

The Journal Award for the best paper originally published in the SMPTE Motion Imaging Journal during 2021 will be awarded to Thomas G. Edwards and Michael D. Smith for their paper, “High Throughput JPEG 2000 for Broadcast and IP-Based Applications.” In addition, Journal Certificates of Merit will be awarded to Richard Welsh for the paper “Cloud Production Pipeline Using IMF, C4ID, and Open TimeLine IO” and to Michael D. Smith and Michael Zink for the paper “On the Calculation and Usage of HDR Static Content Metadata.” Smith is the first author to receive both the Journal Award and the Journal Certificate of Merit in the same year.

The Excellence in Standards Award, recognizing those who have been actively involved in advancing Society standards activities and processes, will be presented to Alan Lambshead, SMPTE Standards vice president, 2014-2018.

The Louis F. Wolf Jr. Memorial Scholarship is designed to assist students in furthering their undergraduate or graduate studies in motion pictures and television, with an emphasis on technology. The 2022 scholarship will be awarded to SMPTE Student Member Summer E. Lange of Cedarville University.

Twelve new SMPTE Fellows will also be recognized during the Annual Awards Gala. This honor is conferred on individuals who have, through their proficiency and contributions to the motion-picture, television, or related industries, attained an outstanding rank among engineers or executives in media and entertainment.

Tickets for the SMPTE Awards Gala can be added to conference packages or purchased separately. Further information on booking Gala Sponsorships, including Table Sponsorships,is available at https://summit.smpte.org/summit2022/gala-sponsorship. SMPTE thanks its Gala Sponsors: Signiant and Deloitte Consulting.

More information regarding the SMPTE Gala and the 2022 Honorees, including full award citations, is online at https://www.smpte.org/about/awards-programs.

About SMPTE®
Founded in 1916, SMPTE is the global society of media professionals, technologists, and engineers working in the digital entertainment industry. The Society fosters a diverse and engaged membership from both the technology and creative communities, delivering vast educational offerings, technical conferences, and exhibitions, the SMPTE Motion Imaging Journal, and access to a rich network of colleagues essential to their career success. As an internationally recognized standards organization, SMPTE also provides a vital technical framework of engineering standards and guidelines that allow the seamless creation, management, and delivery of media for art, entertainment, and education worldwide.

All trademarks appearing herein are the properties of their respective owners.