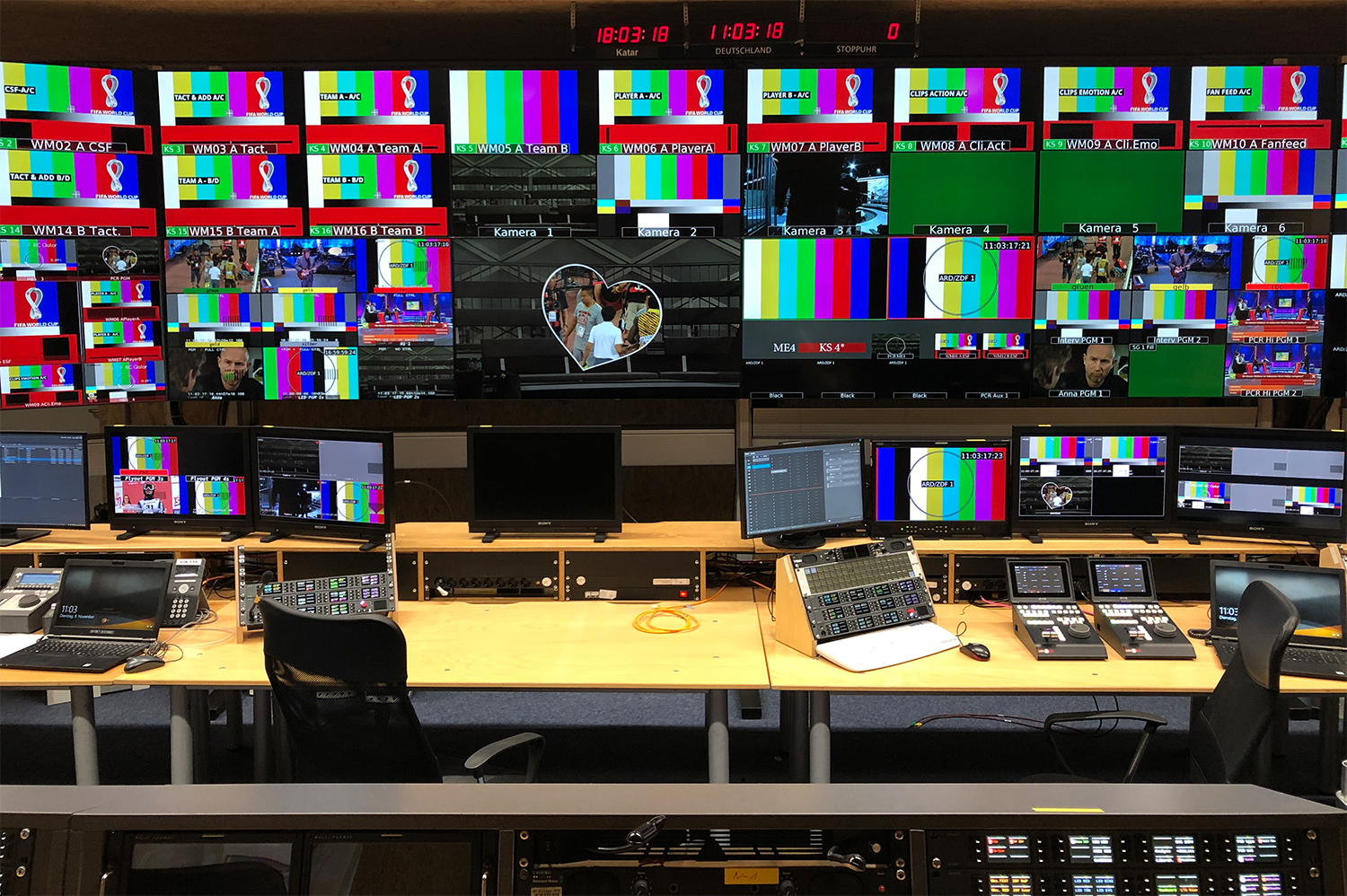 ZDF, a German public service television broadcaster produced and showed the World Cup live in Germany on free-to-air television. The games production was handled remotely at the National Broadcasting Center (NBC) located at ZDF in Mainz, rather than on-site in Qatar.

IP technology and its adoption within the Broadcast environment has been a game changer for KVM technology as it brings significant advantages in terms of architecture flexibility and capabilities over traditional approaches. For this project, MPE (“mobile production unit” founded and driven by ARD and ZDF) purchased more than one hundred and fifty KVM over IP transmitters (Tx) and receivers (Rx) (models: KVM-IP-Tx-PL/KVM-IP-Rx-P) and “free flow” software licenses from Apantac, via Broadcast Solutions Produkte und Service, Apantac’s representative in Germany.

MPE chose the Apantac KVM over IP Extender/Receiver solutions so that its technical team can extend and switch video signals, keyboard and mouse functions, as well as embedded and analog audio signals over IP. With this solution, operators can access all their computers and servers on the network from any display, keyboard and mouse consoles. The receivers allow scaling of the incoming video to match the resolution of the computer console monitor, regardless of the source computer resolution. The “free flow” licenses allow operators to control up to four consoles from a single keyboard and mouse by simply moving the mouse pointer across the different displays.

In addition, a KVM over IP Transmitter Firmware has been specially designed for this project. This Firmware adds an extra 3840×1080 EDID to the Tx module, which addresses MPE’s need to display two computers (top and bottom) on a single 16:9 UHD monitor.

Broadcast Solutions Produkte und Service, Apantac’s partner in Germany played an instrumental pre-sales and support role for this project. “When we showed ZDF the flexibility, scalability and functional capabilities of Apantac’s KVM over IP solution, it made sense to them and their operations,” comments Jens Hoppe, Head of Support for Broadcast Solutions.

“Apantac ’s KVM over IP solution offers us a KVM matrix with a scalable architecture without requiring a centralized configuration server,” comments Patrick Jung, chief operator in the NBC. “They are simple to install thanks to the magnetic base of the Tx and Rx modules, and straightforward to use.“