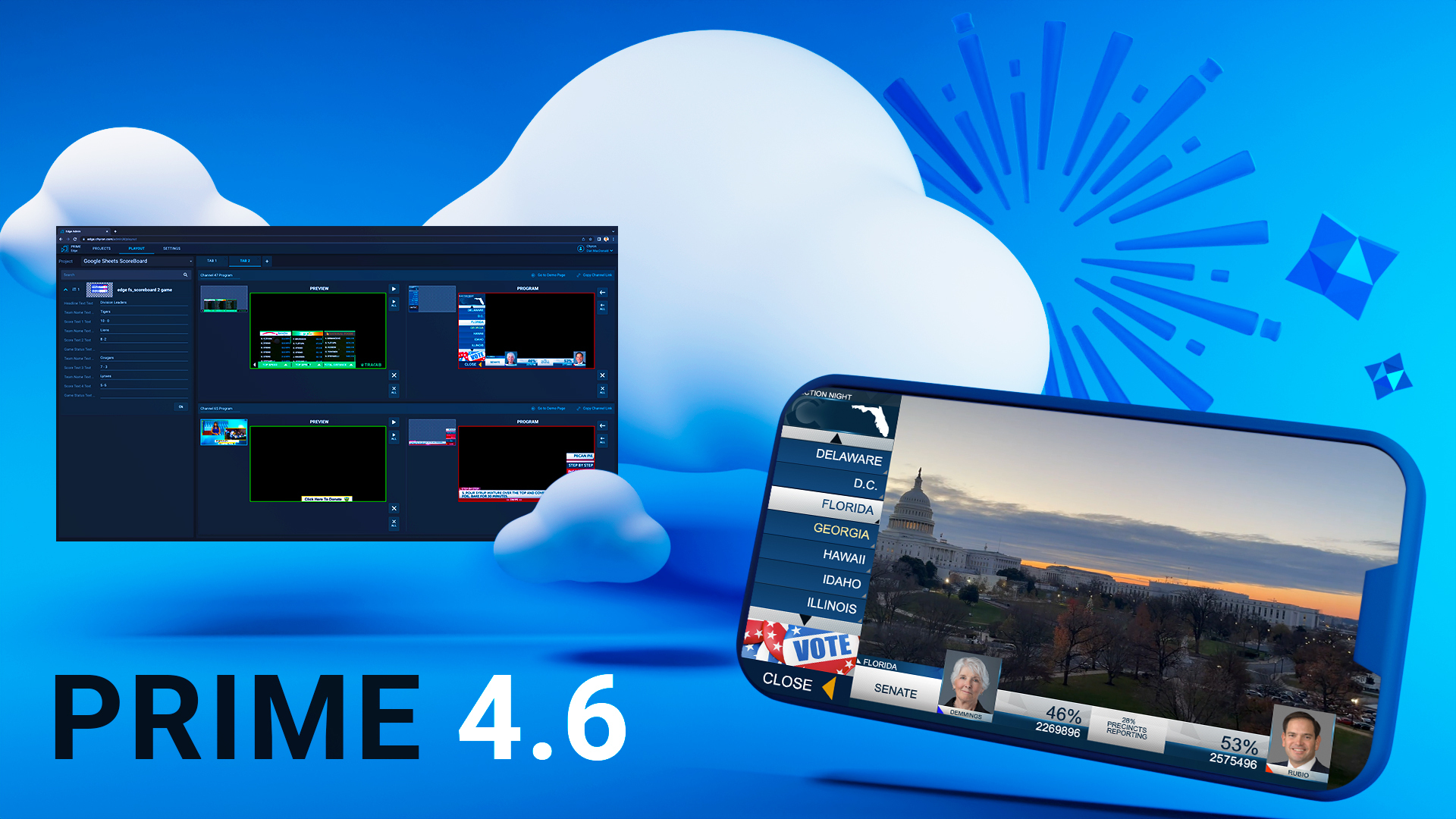 “The upgrades that version 4.6 delivers across the PRIME Platform can have a major and meaningful impact across broadcast production, on the business side and on the creative side,” said Mathieu Yerle, Vice President of Strategy at Chyron. “Major broadcast networks will find it easier than ever to leverage AWS platforms to power their extensive programming on ultra-lite cloud infrastructure. News and sports producers will find it even easier to use data to drive storytelling in graphics. And creatives familiar with CG will find it easier to bring interactivity to their streaming content.”

PRIME CG — Greater Control and Ease of Use
Numerous quality-of-life improvements across PRIME CG help designers organize scene elements and quickly navigate to the objects they need, even when working with complex graphics with numerous text fields, objects, and parameters. Updates to the CG Playout interface provide more adaptive control of graphics during live playout. Operators can live-edit text data sources and use hot keys to execute conditions, such as changes of graphics color, font weight, etc., that were traditionally dictated by designers.

PRIME Edge — Multi-Channel Interactive Graphics Streams
With PRIME 4.6, the multi-channel flexibility of CG playout is now available to PRIME Edge interactive graphics streams. Within a single URL overlay, producers can layer multiple graphics onto a single stream, dynamically animating graphics in and out for viewer interaction. Along with this powerful functionality, the browser-based Edge Console features a new playout interface to manage, preview, and go live with interactive graphics across a virtually unlimited number of streaming channels.

More information about Chyron PRIME 4.6 is available at www.chyron.com.